From 8th to 10th of October, the Finnish business delegation, led by the Consul General of Finland in St. Petersburg, Anna Lammila, visited Kaliningrad. This visit was organized in cooperation with the Finnish-Russian Chamber of Commerce and the Team Finland network. The guests, led by the Consul General, met with the Governor of the Kaliningrad Region Anton Alikhanov and discussed the prospects of cooperation between the two countries in the business sphere.

The Finnish business delegation had a busy schedule: they took part in the Finnish-Russian business forum, Consul General Ms. Lammila delivered a lecture at the I. Kant Baltic Federal University, and also, together with representatives of Finnish companies, took part in the discussion of developing business ties between Finnish and Kaliningrad entrepreneurs in the Kaliningrad Chamber of Commerce and Industry. The discussion was also attended by Director General of the Development Corporation Andrei Tolmachev, President of the Kaliningrad CCI Felix Lapin, representatives of the Finnish and Kaliningrad business.

For three days, businessmen got acquainted with the potential of the region in such areas as IT, automobile and machine building, ship repair, agriculture and fish processing, the production of building materials and furniture, waste management and processing, the tourism industry and education.

As part of the visit, Ms. Lammila opened an exhibition of photographs at the Museum of the World Ocean that tells about the underwater life of the Baltic Sea. The photographs presented at the exhibition were taken by Finnish scientists on the coast of Finland as part of the Underwater Marine Biodiversity Inventory Program (VELMU). 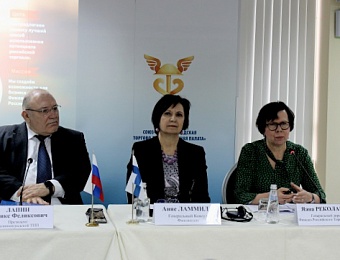 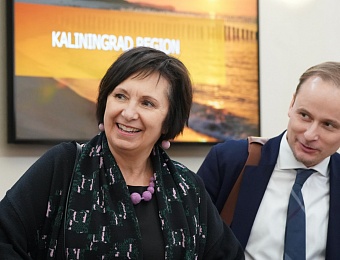 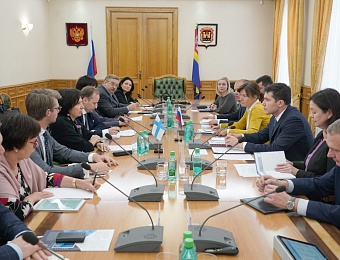 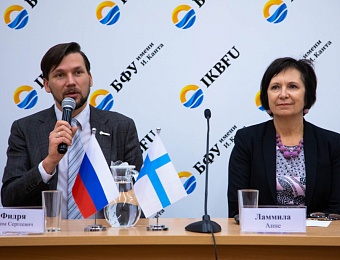