On Friday, August 16, the representative of the German-Russian Economic Union, Hanno Stocker, visited Kaliningrad. The visit was due to preparations for the event  „5. German-Russian Business Conference on SME“, which will be held on December 5 and 6, 2019 in Hamburg (Germany) with a presentation of the economic potential of the region as part of the German-Russian business forum. The event is planned to be attended by the governor of the Kaliningrad region Anton Alikhanov, as well as representatives of the business communities of the region.

Later that same day, Mr. Stocker met with the leadership of the Baltic shipyard “Yantar”, the furniture factory Dedal and the Kaliningrad Chamber of Commerce and Industry.

During the meetings, representatives of the Kaliningrad business, government and the shipbuilding industry were invited to participate in the December event with the aim of establishing new business contacts with German entrepreneurs, expanding areas of interaction and developing Russian-German cooperation. 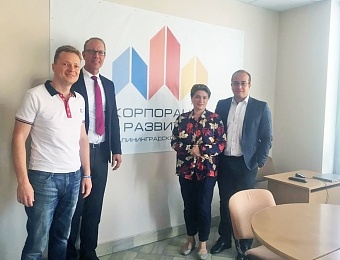