On Thursday, November 15, the first day of the 4th International Amber Industry Development Conference and the VII Forum of Amber Culture and Art was held in Fushun (Liaoning Province). At the invitation of the Chinese side, the delegations of the United States, Spain, Poland and Russia took part in them. The Director General of the Region Development Corporation, Andrei Tolmachev, presented the Kaliningrad Region at the forum and conference.

According to him, the forum has become an excellent platform for the presentation of opportunities for economic cooperation between the Kaliningrad region and the provinces of the PRC. “Participation in the forum is a continuation of the implementation of agreements on the development of interregional cooperation reached at meetings between President Vladimir Putin and President of the People's Republic of China Xi Jinping. A presentation of the possibilities of cooperation was held at the forum. The information about the project “Dry Port”, which is planned to be placed in the industrial park “Chernyakhovsk” was given. I am confident that, given the already emerging trends in using the transit potential of the Kaliningrad region in transportation between the EU and China, this initiative has great prospects. Many participants at the forum were interested in it. They also showed great interest in the implementation of joint projects in the field of tourism, health care and creative industries”, Andrei Tolmachyov said.

Recall that in late June, a delegation from the city of Fushun, headed by Mayor Yang Wei, visited Svetlogorsk. During the visit, an agreement of intent on bilateral cooperation was signed, as well as an agreement on cooperation between enterprises operating in the amber industry. From the Russian side, the document was signed by the head of the “Russky Yantar” company Sergei Zaitsev, from the Chinese side it was signed by the merchant Fan Yun. 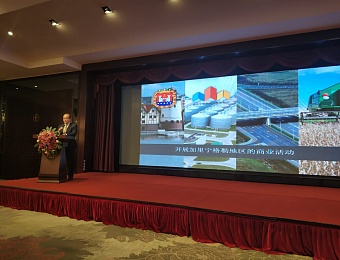 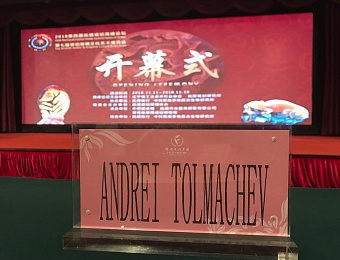 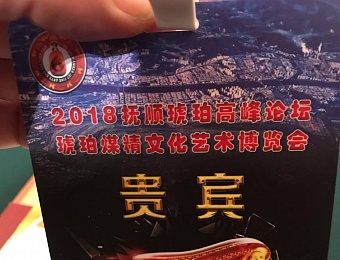