On Friday, August 24, in Kaliningrad, with the assistance of the Kaliningrad Chamber of Commerce and Industry, another round of negotiations was held between the Regional Development Corporation and representatives of the St. Petersburg branch of the South Korean Trade and Business Promotion Agency Kotra. The Corporation was represented at the meeting by the Director General Vladimir Zarudny, Kotra-St. Petersburg was represented by Director General Kim John-Hung and Deputy Director General Lee Tae Hong. Head of the Chamber of Commerce and Industry of the region Felix Lapin and Deputy Minister for Industrial Policy, Support of Entrepreneurship and Trade Anastasia Abramova also took part in the negotiations.

During the meeting, the sides confirmed the high level of trust and traditions of economic cooperation between the Kaliningrad and South Korean businesses. The trade turnover between the region and one of the four "Asian tigers" amounts to tens of millions of dollars. It is achieved through the implementation of projects in the Kaliningrad region related to the production of cars and commercial vehicles Kia and Hyundai.

Promising areas of economic cooperation, according to Vladimir Zarudny, could be shipbuilding, the production and supply of medical equipment, medical tourism and the development of tourism infrastructure. "The visit of the Kaliningrad government delegation in autumn of last year to South Korea, participation in the Russian-South Korean shipbuilding forum gives its positive results. There is a preliminary agreement on opening a branch of the medical hospital Bundang in Skolkovo. The competencies of South Korean doctors and specialists are of great importance for the development of minimally invasive surgery in Russian medical centers. In turn, we expect that specialists from the new center of Skolkovo will conduct operations in the Kaliningrad region. There is good news on cooperation in shipbuilding. Next week, a delegation of leading South Korean industry companies will come to the Kaliningrad region and present the capabilities of its enterprises for regional shipbuilders and ship repairers, as well as for the leadership of the United Shipbuilding Corporation. In case the negotiations are completed successfully, the region can fully expect to localize the South Korean holdings of the component parts and equipment. Negotiations on the possible construction of the famous Lotte hotel brand on the sea coast continue. The appearance of such a flagship of hospitality industry could attract many tourists and set a completely new level for hoteliers in the Kaliningrad region", Vladimir Zarudny said.

Indicated areas of cooperation are indeed relevant for the development of Russian-South Korean economic cooperation. This was announced during the meeting by Mr. Kim John-Hung. "For the second time in the Kaliningrad region, I have been seeing a positive dynamic in the economy, the business climate, the improvement of cities. During our last meeting, Kotra-St. Petersburg created the Korean Business Club. It included representatives of South Korean companies that have divisions and branches in Russia. Kaliningrad companies could present their services during club meetings. The next meeting will be held in December. In October, a large exhibition of representatives of the shipbuilding industry will take place. The profile companies of the North-West of Russia could also take part in it. Our organization can contribute to this. This is only part of the activities and interaction formats that we can offer to the Kaliningrad business", Kim John-Hoon said.

During the meeting, the leaders of the St. Petersburg branch of the South Korean Business Association Kotra also highlighted the Special Economic Zone regime. Its advantages and features were explained by Anastasia Abramova. In conclusion, she noted that the parties have come to an understanding of promising areas of cooperation and are ready to do everything possible to ensure that all the necessary measures have been implemented. "If there are new areas of cooperation beyond those already identified, we are ready to consider them. The government is open to proposals and effective solutions, especially if they work for the benefit of the Kaliningrad economy, "Anastasia Abramova summed up. 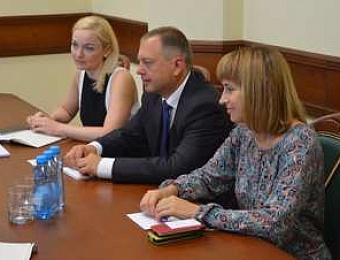 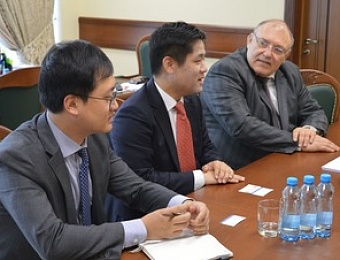 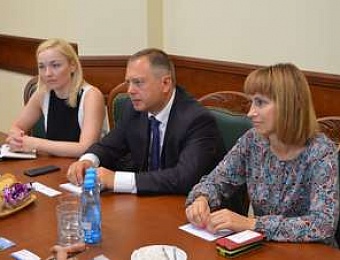 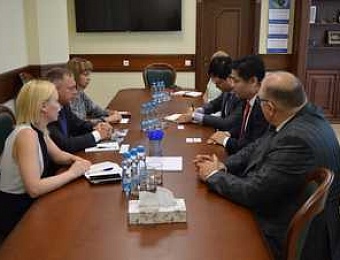